The d-ROMs test is a photometric test that is done in analysis laboratories using an analytical instrument called a photometer.

For outpatient and routine testing, it is proposed in conjuction with the FRAS system, which, besides having an optical reader, also has a built-in centrifuge to separate the liquid part of the blood from the blod cells.

The d-ROMs test essentially determines the concentration of hydroperoxides (ROOH) in the blood, which are substances that belong to a broad class of Reactive Oxygen Metabolites (ROMs).

The change in absorbance (DA505/min) observed by performing the d-ROMs test on serum from a sample of approximately 5000 clinically healthy subjects showed a Gaussian-like distribution (Figure 1.1.).

Figura 1.1. Distribution of values of d-ROMs test in a sample of clinically healthy adult subjects.. 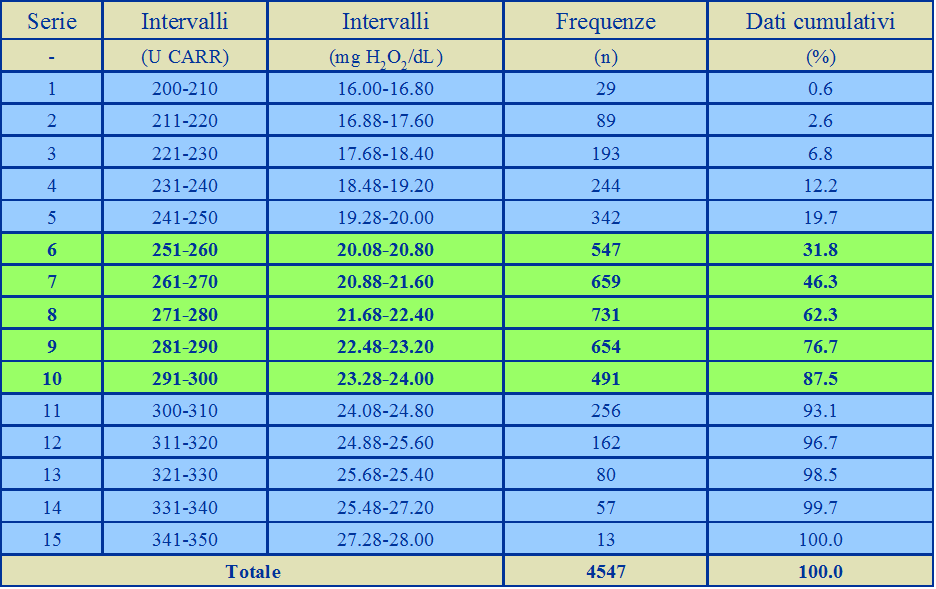 Figura 1.2. Values from the d-ROMs test on a sample of clinically healthy adult subjects.

Obviously, in order to have a large enough measurement range, the value of DA505/min is automatically multiplied by the analyzer by a correction factor (about 10,000) thereby generating the units of measurement for the test, expressed in U. CARR. This justifies the normal range, which is established between 250 and 300 U. CARR.

One U. CARR is equal to 0.08 mg/dL of a solution of hydrogen peroxide.

After careful analysis of the available scientific literature and based on clinical experience over the last 15 years, we believe that the d-ROMs test should be used by clinicians to help them improve the quality and possibly the duration of the life of their patients. Unlike any other test currently on the market, the d-ROMs test is the only one that:

– evaluates the level of hydroperoxides, which are markers and amplifiers of oxidative damage, produced by the attack of free radicals, a large class of substances (not only lipids, but also glycosides, amino acids, peptides, proteins, nucleotides, etc.);

– has been validated by electron spin resonance spectroscopy (ESR/EPR), considered the gold standard for the study of free radicals;

– has an excellent analytical performance, in terms of precision, accuracy, sensitivity, specificity and repeatability;

– indicates results in specific and original units, CARR UNITS, universally recognized by the international scientific community and accepted by clinicians for their extreme practicality;

– is simple to perform, requiring only a few minutes and very simple piece of equipment (a photometer);

– has a very solid scientific background, documented by some 700 articles, many of which are peer-reviewed journals;

– is used in over 50 countries around the world, in major healthcare and academic facilities (in Italy, it is also used at the universities of Milan, Siena, Rome, Naples, Catania, etc., at the Institute of Health, the National Research Committee, etc.);

– has received appraise from the international scientific community, to the point of being included in the prestigious journal Circulation as one of the emerging markers of an initial atherothrombotic event and to have been chosen as the test of reference by the International Union of Angiology;

– is currently used in clinical practice in many healthcare facilities, including hospitals, both in Italy and abroad;

– gives the clinic the ability to effectively manage its use through specific guidelines, now available in the form of software (OB MANAGER online®);

– has a very favourable cost-benefit ratio.

The d-ROMs test is packaged together with the PAT test inside the REDOX kit  and contains everything needed to perform 50 tests, with the exception of cotton and alcohol.
Composition of the Redox kit (d-ROMs test):

More information can be obtained by contacting H&D by email at info@hedsrl.it.